When I got the S10+ my main concern was the size, and I was torn between the S10 and S10+ for that reason. Nine months later, I hardly notice the extra size. It’s still narrower than some of its large screen competitors and that makes all the difference.

I’ve definitely appreciated both the wide and telephoto cameras, and wouldn’t want to go back to a phone that didn’t have both. The results might not be up there with the very best that the iPhone or Pixel 4 can manage, but they’re good enough for me. Phone cameras are more than good enough for online use and are even capable of good print quality. I have a 40″x10″ canvas of a panaroma I shot on my S9, and at normal viewing distances you’d never know it was taken on a phone.

I had dismissed the reverse charging feature as a gimmick, but it’s good to know it’s there – it got me out of trouble with my watch when I’d forgotten to charge it and also saves me from having to pack the charging dock if I go away. 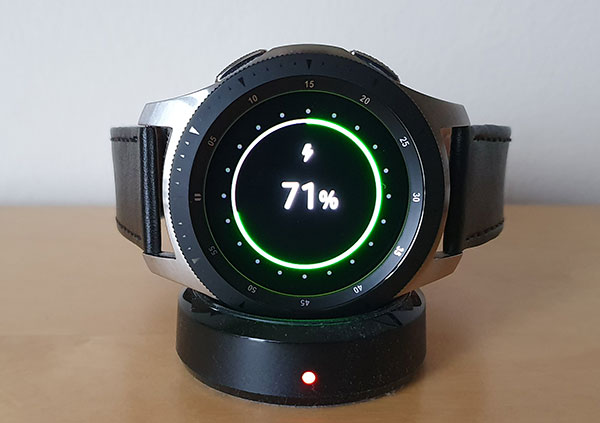 OK, so I actually bought the watch in late 2018 so it doesn’t really qualify for this review, but a year on and I’m still happy with it. It’s not perfect – I slightly prefer the WearOS interface and functionality, but the Galaxy Watch has been rock solid for connectivity and reliability, something I definitely couldn’t say of WearOS.

Battery life is great – even with the always on display, I routinely get 2 – 3 days of use if I switch it off overnight. The only downside of excellent battery life is that I’m not in the habit of charging every day and sometimes get caught out, but at least the phone can come to my rescue if that happens. 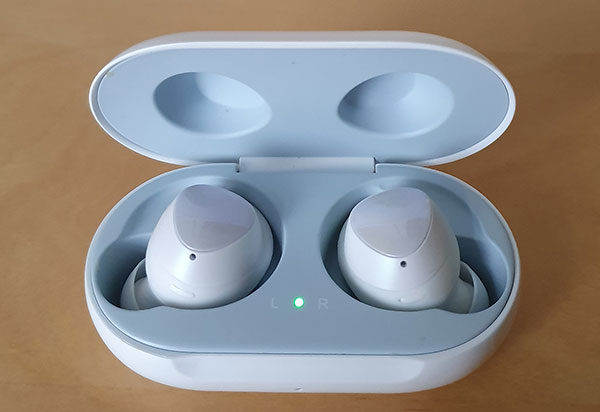 My initial impressions of the Galaxy Buds, when I reviewed them in May, were positive, and, if anything, they’ve grown on me since. Going back to the Bose Soundsport Free now feels like a step back – the warmer sound of the Bose can come across as muffled, especially for spoken word content, and the Galaxy Buds do a much better job of blocking out ambient sound.

The passive noise blocking they offer is a good compromise between the silence offered by noise cancelling headphones and the safety of being able to hear your surroundings, which makes them ideal when I’m out walking. I also appreciate the smaller case and USB C charging – one less charger to worry about.

The only thing that would improve them is Google Assistant instead of Bixby. You can choose any voice assistant to use with them – even Alexa, if the app is on your phone – but it’s not the deep integration offered by Google’s pixel buds. Bixby, unfortunately, is no substitute.

If there’s a theme developing here, it’s that the best of both worlds would be Samsung’s hardware with Google’s software… 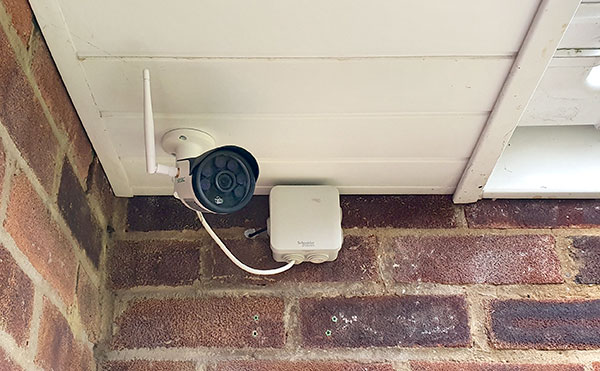 My main project this year was sorting out my security cameras. I moved away from Arlo to a home-brew system using cheap cameras, Zoneminder and Home Assistant. I now have a system that does exactly what I want it to do. I’ve been adding some finishing touches that I’ll come on to in future posts, but it’s testament to the power of open source that I can have the flexibility that I want.

As always, I remain impressed with Home Assistant. It’s come so far since I started using it. While it was always powerful, the developers have done a fantastic job in making it more accessible to everyone with most of the core functionality now configurable via the web front end. It still retains the power user functionality for those who want it – the camera project was the first where I used AppDaemon, and it’s opened up a world of possibilities. 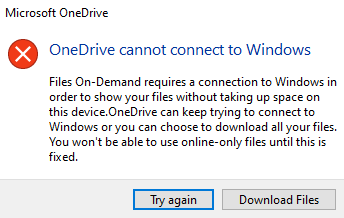 This was the year I went back to Windows. So far it’s been OK, although I’ve already had a couple of random issues. The OneDrive error shown above happens from time to time. It goes away with a reboot and there doesn’t seem to be a well defined root cause.

That said, it has been refreshing using Windows on a reasonably decent current spec desktop. I think I had been slightly biased against it from experience using ageing laptops with overburdened corporate builds. On modern hardware with minimal bloat it’s a completely different experience.

I’ll definitely have more to say on Windows in the future, which brings me to…

I know I shouldn’t do New Year’s resolutions. I don’t keep them. That said… I’m hoping to give the blog more attention next year. I have a number of things I want to write about and I want to get back into a regular routine.

I also want to get more active in forums and on social media. I’m unlikely to get heavily involved with developing open source projects, so the best way I can give back is to help out with answering questions and sharing my experiences.

I also have another project that’s totally unrelated to tech, although it is the reason I bought the new PC… once that’s up and running, I’ll write about the software that makes it possible…

Finally, thank you to everyone who reads this. I have comments switched off now, as I got fed up with spam, but I always tweet when I post a new entry and that’s probably the best way to engage with my posts. You can also contact me via the form on the site and I do try to answer technical questions if I can.