Disaster recovery is a key element of business strategy and it’s not a bad idea to apply some of the same thinking to your personal data.

The fires devastating Australia got me thinking about what I’d lose if I had to abandon my home to a natural disaster. Imagine that nightmare scenario – you have a very limited time to grab a few personal possessions and get away. Or perhaps you’re not even home – your house burns down while you’re away. What would you lose and can you be prepared? It’s something you need to think about before it happens, and good preparation can help you to recover should the worst happen.

Some things – hopefully – go without saying but, this being the internet, I’ll say them anyway to avoid any doubts. Firstly, physical safety is the most important thing. Secondly, any such event will be devastating to anyone involved and I am not attempting to suggest that being prepared will do anything to ease the immediate pain and stress of such an event. The very best you can hope for is that your preparations will make the long road to getting life back to normal just that little bit easier.

Businesses prepare for disaster by ensuring that their data is safely secured offsite. It’s easy to do the same with cloud storage and I’ve been thinking about what I need to store. I’m using a combination of OneDrive for files and Evernote for information, but any cloud storage would do the same job. Most offer free tiers that would be sufficient, but a Microsoft personal OneDrive subscription is pretty good value compared with the competition, giving 1TB for £60/year with the additional benefit of access to the latest Office software.

It’s pretty much an exercise of going through my paper files and extracting information such as account numbers, contact details and so on. For sensitive information, such as bank accounts, there’s the issue of security. I already use KeePass as a password manager, so I decided to simply add the bank account details as records within my Keepass database. The file itself is stored on OneDrive. 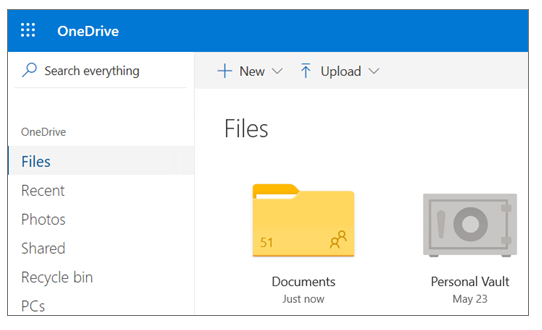 For sensitive documents, OneDrive has a secure folder feature called Personal Vault. It enforces two factor authentication for access, adding an extra level of protection. I’ve used it to store a scan of my driving licence and things like insurance certificates. I keep the actual insurance contact details in Evernote though, so I can get to them quickly.

With critical information secured, the next step is to think about things with sentimental value. Photos are the obvious example. Most of my recent photos have been taken on my phone and get automatically backed up to OneDrive anyway, but I have albums full of old photos. About a year ago, I went through the process of scanning thousands of slides from various once in a lifetime holidays. I’ve now finally got round to uploading them to OneDrive. Photos, in jpg format, don’t take up a lot of space – there are 2210 of them and they only take around 4GB.

With the scans done, I’ll now start trawling through shelves of dusty albums to scan in prints. I won’t attempt to scan them all, but I’ll pick the ones that have most value. It can be a tedious exercise, but it’s also an opportunity to actually spend time looking at those old photos that would otherwise be largely forgotten. It can be a good way to while away long winter evenings, so this is the perfect time of year to be doing it. I also have some old family photos that are in a pretty poor state, so it’s an opportunity to brush up on my Photoshop skills to restore them.

There are other advantages to having all of my photos online as well – I’m much more likely to look at them, for a start. I’m hardly ever going to dig out my old projector, set the screen up and go through my slides but now that they’re digital I can view them on my TV. If something comes up in conversation that triggers a memory of a particular place I can easily find the photos.

It’s not just photos. Maybe you have cards or letters that have particular meaning? Those can be scanned as well. You could also take photos of other objects. It’s not the same as having the physical thing, but it’s better than nothing.

Being prepared for the worst isn’t the most exciting job in the world, but it’s a bit like having insurance. You hope you won’t need it, but you’ll be very glad of it if you do.

Should you trust the cloud?