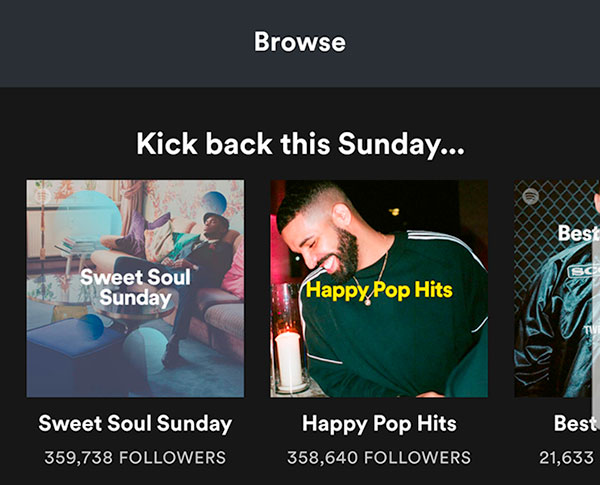 I’m about a week into a three month trial of Spotify Premium and I’m ready to cancel it.

I’ve written about music apps before, and Amazon Prime Music still makes a lot of sense for me, with my heavy investment in Echo devices. So why did I try Spotify?

I’ve been experimenting with Google Assistant, just to see how it compares with Alexa. It’s available on my Pixel buds and I also picked up a Google Home Mini. The problem? It’s no secret that Amazon and Google don’t exactly get on. I can’t set Amazon Music to be the streaming provider for Google Assistant. Conversely, I can’t set Google Play Music to be the streaming provider for the Echo.

Spotify looked like a solution. In much the same way that Roku is the Switzerland of video streaming hardware, Spotify is the neutral music streaming service. So I really want to like Spotify, but I don’t think I can switch to it.

At the moment it’s fairly hopeless at suggesting music that I might actually want to listen to, but that will come with time. If I put the effort into setting up my library it should start to learn my preferences and present better options when I’m browsing. I’m not worried about that. There are three main things that are putting me off making the switch permanent:

All of the streaming services allow you to create your own playlists and change the order of songs within a playlist. Spotify allows it – but not on Android. The feature is only available on iOS and the desktop app.

Since it’s available on other platforms, the backend obviously supports the feature and it’s just a user interface issue. I’m an Android user and don’t particularly want to install the desktop app just to order a playlist.

Apparently the feature, which has been much requested for years, is coming soon. A vague soon isn’t really good enough. I’m not sure I want to use a service that clearly sees my OS platform of choice as a second class citizen.

Spotify lets you set the sound quality – i.e the bitrate – and has separate settings for streaming and downloaded music: 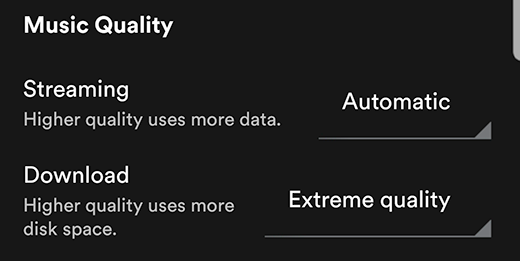 Equally I don’t want to limit streaming quality to a lower bitrate because I want the best possible quality when I’m streaming on Wifi.

Amazon lets you choose faster streaming on mobile, which I assume means a lower bitrate. There is no setting for quality on Wifi, so presumably it uses the highest possible bitrate: 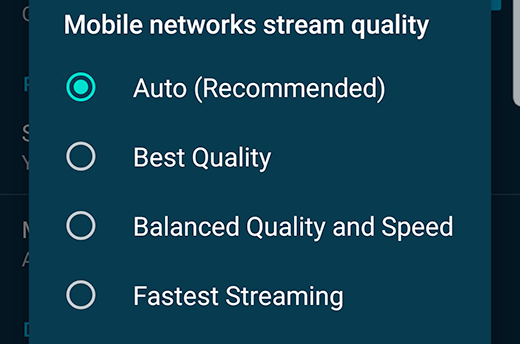 Google Play Music does this even better, with clear settings for quality on mobile and Wifi:

I don’t need a separate quality setting for streaming – I need it for streaming on mobile. Spotify doesn’t offer that distinction.

Spotify Premium, like most streaming services, allows you to download songs for offline playback. It does make the offline mode a little harder to reach than some – to activate it you have to:

It took me a while to find the settings menu in the first place. I can’t see why it’s only shown on the Library screen and not every screen.

Google Play Music also makes it easily accessible from the side menu:

I know if I download my library and then only play music from my library that it’ll effectively do the same thing, but I like having the clear option easily available just in case I’ve added music to my library and forgotten to actually download it.

Maybe I’ll persevere with Spotify for a bit longer. I might find the limitations aren’t that much of a problem in practice. I really want to like Spotify – and it’s the only option that’ll work across all of my devices. At the moment, though, I prefer the competition.