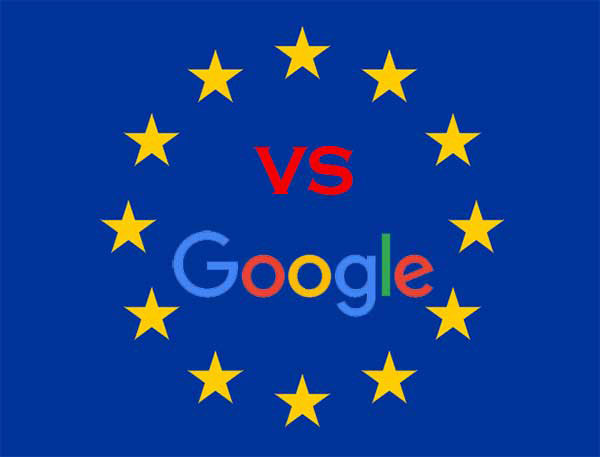 The EU has done it again. Following a €2.4bn fine relating to shopping search results, Google now faces a €4.3bn fine for practices relating to Android.

In the commission’s own words, “Google has used Android as a vehicle to cement the dominance of its search engine. These practices have denied rivals the chance to innovate and compete on the merits. They have denied European consumers the benefits of effective competition in the important mobile sphere. This is illegal under EU antitrust rules.”

Google CEO Sundar Pichai responded with a blog post in which he said. “Rapid innovation, wide choice, and falling prices are classic hallmarks of robust competition and Android has enabled all of them. Today’s decision rejects the business model that supports Android, which has created more choice for everyone, not less. We intend to appeal.”

I think I’m with Google on this one.

The EU competition policy is concerned more with monopolies stifling competition than the actual direct impact on consumers. I’m not sure that’s always a valid goal.

Competition can be harmful to consumers. Look at the Premier League TV rights for example. The monopoly of Sky was broken up and the Premier League now sells TV rights packages to multiple broadcasters. An avid fan wanting to watch all the games now has to pay for Sky, BT Sport, and Amazon Prime instead of just Sky.

Google’s current practices certainly haven’t prevented competition, even in the Android world. Amazon’s Fire tablets demonstrate that it is possible to base devices on Android without using the Google ecosystem. Samsung phones come with Samsung’s own browser, email and messaging apps. Samsung could, if they really wanted to, follow in Amazon’s footsteps by forking the open source Android and going it alone, without Google’s apps. They already have their own app store and have a deal with Microsoft to preinstall their apps alongside Google’s. They also have a significant enough share of the Android market that if they were to declare independence from Google they would effectively create a third major phone OS overnight. The fact that they don’t suggests that they’re happy enough with the current restrictions.

Google are arguably being penalised for being open to competition. If Google only offered Play Store access to their own branded phones and banned apps that competed directly with their own they would only be doing what Apple has always done. Admittedly, Google isn’t a hardware manufacturer and Android has only taken off because it was adopted by the likes of Samsung and HTC in its infancy, but the point remains that Android, even with Google’s restrictions, is remarkably open.

Android phones are available from under £100 to nearly £1000. Phones such as the Honor 9 Lite and Moto G6 offer most of the benefits of high end phones at a fraction of the price. You can buy any Android phone secure in the knowledge that you’ll have access to the same core apps as any other Android user.

From a consumer’s point of view it looks pretty good at the moment.

I think the best answer to that is to look at a previous case that has some similarities – the Microsoft browser case. Microsoft were fined by the EU for bundling Internet Explorer with Windows and then later for failing to stick to their promise to offer a choice of browser. Was that effective in increasing the use of other browsers? I don’t think so.

What killed IE’s market share was the rise of Chrome, and that was simply down to Chrome being so much better than IE at the time. Once Chrome was in the ascendancy, Microsoft had to work hard to make a better browser. It has succeeded to a certain extent – IE has improved massively since the incompatible days of IE6, and Edge has a lot of potential. That’s competition the way it should be – a new entrant with a better product winning market share and forcing the incumbent to improve. I think that had very little to do with the EU fine.

I’m generally glad of the EU’s harder stance on issues around consumer rights, and I’m glad of the protections they bring – for however long we get to keep them in the UK. Sometimes, though, they pick the wrong battles and the results aren’t always in the best interests of the general public. Depending on Google’s response to the fine, this might be one of those times.