Oh, Samsung. Just when your Android interfaces were getting a bit better, a bit less bloated and closer to stock Android, you go and pull Good Lock on us. What’s worse, you do it in a way that’s an object lesson in how not to go about pushing updates.

OK, I know you’ve got a lot on your plate, what with all the exploding batteries to deal with, but you’re a multibillion dollar company and there’s no excuse for this one. It breaks a few key rules.

The other night my phone processed a couple of updates from the Galaxy app store. Next time I unlocked my phone I got a message telling me the device needed to restart. No option to postpone, no way of tapping out to get to my apps – just an enforced reboot. 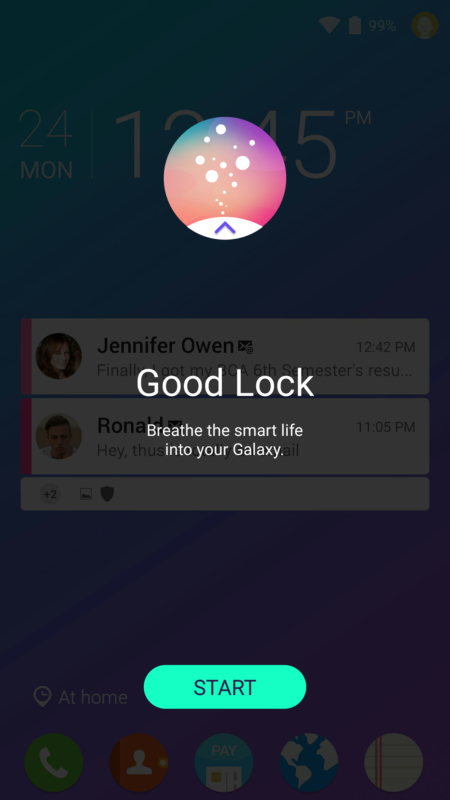 Rule 1: simple app updates should never require a reboot. That’s not how we expect Android to work. If you’re delivering an update that requires a reboot, it should be a system update and not an app update.

Rule 2: Never impose a reboot without prior warning. I’d expect it for a system update, and can plan it for when I’m not doing anything important or expecting a call.

So, with no choice in the matter I rebooted. And booted back into a new user interface which insisted I tap through a few screens to teach me how it worked. Now, I had my phone just how I liked it and I don’t expect major UI changed within the same version. Sure, if I was updating to a new release of Android I’d expect a few changes, but I certainly wouldn’t expect a single app update to make major changes to the interface.

That’s like a Windows 7 user getting a routine Microsoft patch and finding themselves in the Windows 8 UI after they reboot.

Rule 3: Always warn users in advance of major changes to the UI.

Rule 4: Really major changes should only come with OS updates, not be delivered ad-hoc when you’re least expecting them.

When I finally got into my phone, I was faced with the new colour scheme for the notification shade. Purple. Not to my taste. And definitely not to my theme. I’d used Samsung’s very own theming system to pick a colour scheme that I liked and Samsung completely ignored my preferences. It had also reset the home screen launcher app to TouchWiz, ignoring my change to Nova.

It turns out the colour scheme only applied to the notification shade. The settings screen, for example, still followed my theme. So the new colours only apply to the new features. They can be changed, but independently of the theme so you have to fiddle around to get them consistent with your theme.

Rule 6: Be consistent in the UI.

Swiping right on notifications now removes them from the list but moves them into the “Keep” section. It’s a handy feature if you want to dismiss the message but don’t want to remove it altogether because you want to get back to it when you have time.

The problem is that swiping right has always dismissed notifications. An existing action has been hijacked to do something different, and muscle memory being what it is users will be keeping most of their notifications until they get used to it.

The Keep option is a new feature and as such it should have been a different action. OK, so this can be switched off, but it’s on by default and it’s bound to cause confusion.

Rule 7: Don’t change basic functionality.
The open apps screen has also changed to a list with quick links to other apps. I’m not really sure what the value is here – it feels like change for the sake of change. Do we really need yet another way to launch applications? The ones I use most are on my home screen anyway. It probably has something to do with routines, another new feature I haven’t fully explored yet.

Routines let you change the UI at specific times or in specific places. This includes changing which apps show up in the quick list. The idea is that you might want productivity apps front and centre during the day, but entertainment apps in the evening.

Personally I don’t get this one – I don’t want my shortcuts moving around. Again it comes back to muscle memory. I get used to where a certain app is, and I’ll always go there to launch it.

The ability to change settings based on time and location is useful, though. For example, you can have a routine to put your phone on silent overnight, or turn wifi off when you go out. I already use Tasker to do it, but having it baked in will suit users who don’t want to get to grips with a third party app.

If you do end up with Good Lock installed you can tweak it so that it behaves pretty much like the old UI or launch the Good Lock app and uninstall it. That option proves that it’s still an optional app. So why did it install automatically on my phone? I didn’t ask for it and didn’t want it.

Rule 8: Don’t install apps unless the user specifically wants to install them.

I’ll be conciliatory. There are some good things in Good Lock. It’s a start. It needs closer integration into things like existing themes, and one or two features shouldn’t be on by default, but it does bring some potentially useful functionality.

If it was part of a major system update, perhaps as Samsung’s additions to the Android N rollout when that happens, I might been better disposed towards it. As it is, the method of shoving it down my throat in a routine update that forced an unscheduled reboot has kind of soured me on the whole thing.