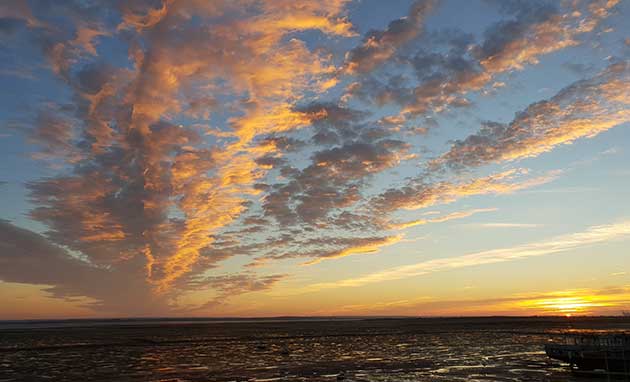 As the sun sets on 2020*, it’s time for the annual look back over the year and where do I start?

It has, of course, been a year like no other. I wrote my initial thoughts on the pandemic back in March, and that was just the tip of the iceberg. After the initial optimism of the summer, we’ve been plunged back into a situation that now feels worse than it did at the start and it’s going to be a while before we see any light at the end of the tunnel. Almost nowhere in the world is unscathed, but – and without being too political – I can’t help but feel that the UK’s response has been particularly inept.

I write primarily about tech topics that interest me, especially home automation, but I can’t ignore how difficult the year has been for everyone. I’m still relatively lucky, compared to so many. My heart goes out to everyone who has been directly affected, whether through suffering from it themselves, through the loss of loved ones or from the economic impact.

I don’t want to downplay the serious effects of the virus, but, with this being a tech blog, I’ll move on to how it’s affected my use of tech over the course of the year.

I’ve been working from home since March, and it now looks like that will be permanent. I had a redundancy scare, but I was lucky enough to find a new role within the company. It’s been challenging, with a steep learning curve, and has meant less time to work on my personal projects – I often get to the end of the day with little mental energy left for anything other than watching TV.

The team is split over multiple locations and, even if it wasn’t for the virus, there would be little need to go into an office. I’d never relished the thought of being a permanent home worker, but I’m now sold on the advantages. The time I get back in my day is invaluable, and I’ve been able to use it for more exercise. I appreciate that I’m privileged, in that I can dedicate a room to my home office and have a proper setup with an appropriately ergonomic desk and chair.  It must be very difficult for anyone who doesn’t have that luxury.

I do miss some of the office interactions, though, and I can see why it would be particularly difficult for younger people starting off in their careers, where the presence of experienced colleagues can be invaluable.

I’ve noticed it in my new role.  The team has been very supportive, but it’s easier to ask a quick question of the person sitting next to you than to do the same thing over messaging. It somehow feels more intrusive to interrupt someone with an instant message, and you can’t get a feel for whether it’s a good time. In an office, you can see whether your colleague appears to be too busy, and time your questions accordingly.

The etiquette of instant message chat at work is evolving. Some people treat it as a priority interrupt, and it’s hard not to fall into that habit by keeping one eye on the chat window once you’ve sent a message to see whether the recipient is typing a reply. It is – or should be – perfectly OK to respond with a short message to say it’s not a good time and that you’ll reply properly later. I think it’s also important to convert some of those chats to voice calls – a short conversation can save a lot of typing and potential for misunderstanding, and it’s also an opportunity for some valuable social contact.

That said, always, always, message first to ask if it’s a good time to call…

When I bought a Fossil watch, running WearOS, I thought that it was a smarter watch than my old Samsung Galaxy Watch, but that the UI and battery life were worse. Those conclusions still stand. Compared to WearOS, the Galaxy is basically an expensive fitness tracker with few smart features. The presence of Google Assistant and a wider range of apps means WearOS has so much more that it can offer.

The weirdness of 2020 may have skewed my choice, giving different weight to different features.

Being able to use Google Assistant, having Google Maps, and access to short notes in Google Keep are handy features when you’re out and your phone is buried in a pocket. They’re less useful if you only leave the house for exercise and shopping. I don’t yet know if I’d make extensive use of those features in practice, simply because I haven’t been anywhere where they’d be useful.

The flip side is battery life. The Fossil Watch will get me through a day as long as I make sparing use of the features. That’s fine when I’m only out and away from a charger for a few hours at a time, but the much better battery life of the Galaxy Watch could give it the edge if things ever get back to normal. The ability to charge the Galaxy Watch from my phone could also be invaluable for quick top-ups and mean that I’d only need to take one charger for short overnight or weekend trips away.

I’ve got a feeling that both platforms will change. The new Qualcomm 4100 chip could bring better battery life to WearOS, and it feels like the platform is getting renewed interest. I also suspect that the Galaxy watch series will eventually get Google Assistant – there are rumours that Samsung is going to replace its daily Feed screen with Google Discover on its next generation of phones, and that could be a sign of things to come.

I don’t think I’ll truly be able to choose between the two until I can try them out in normal use – although the developer of the Home Assistant Android app is considering adding features for WearOS, so that could be the clincher.

Which brings me to:

I’ve already written a separate post on the developments in Home Assistant this year, so I won’t repeat myself here.

Many of my automations were based around security, which is less important now that I’m at home most of the day. I’ve focused instead on small improvements – I’m battling to figure out how to make better use of my Hue lights to control things like the colour temperature based on the time of day.

There are some bigger projects that I want to tackle. I’d like to switch my Home Assistant setup away from the core running in  Docker to a full instance, to get the benefit of easier updates and seamless access to the add-ons, but I’m going to need time to figure out how to do that without losing my existing configuration. Mentally, at the moment, I seem to be capable of smaller changes but I’m finding it hard to find the time to concentrate on bigger projects.

The highlight of my home automation year was appearing on the Home Assistant podcast to talk about my security camera setup, and there are new developments in Zoneminder that I also want to look at. The next release will be getting the ability to record high resolution streams without decoding them first, massively reducing the CPU requirements. That’s long overdue and could be a game changer if it integrates well with the lower resolution streams for motion detection.

If 2020 has taught us anything, it’s that the best laid plans can be overtaken by events.

Looking back at my resolutions from last year, I’m reasonably happy with how I’ve been able to stick with them. After a short hiatus at the start of the first lockdown, I’ve been keeping up with the blog and even decided to re-enable comments. I posted my own code on Github for the first time, for my secret santa project, and my podcast appearance was a first step to getting more active in the community.

I still have work to do there. I’d say look out for the Simpsons avatar of me across all platforms – but I think it might be time to retire that. I’m trying to find something a little more personal but I’ll probably stop short of using an actual photo. A good cartoon version would be ideal, and I’ve been playing with ways to do that in Photoshop. There are any number of phone apps that claim to be able to do it, but most of them fall into the category of being just suspicious enough to put me off in terms of the permissions they require.

I briefly mentioned another project that would make better use of the PC upgrade that I did last year, but that’s been a victim of the year. It’s still on the backburner, and I’d like to get back to it when my attention span recovers.

Finally, as always, thanks for reading and here’s to a better year in 2021…

**I don’t normally do footnotes, but I’ve been re-reading a Terry Pratchett book…

To do or not to do