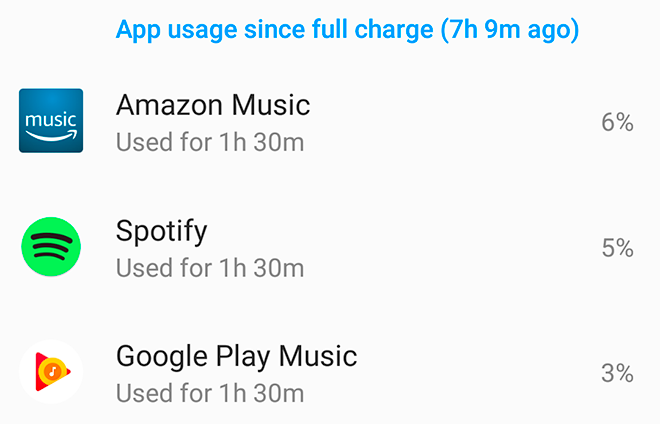 With my heavy investment in Amazon Echo devices, it’s only natural that I’m using Amazon Music as my streaming service.

It has tight integration with Alexa, so I can ask for songs, albums, playlists and stations, and, as an Amazon Prime subscriber, the annual fee for the unlimited tier is less than other services such as Spotify and Google Play Music.

There are, inevitably, compromises. I much preferred Google’s Play Music app on my phone for its clean material design interface. Play Music works with Google Home but of course it doesn’t work with Alexa. It’s the competition thing again…

Then there’s Spotify. It works with either voice assistant and has a couple of other advantages. It’s the only one of the three to offer volume normalisation – a feature that ensures a reasonably consistent volume level across tracks. While this can affect quality, it’s most useful for playlists that cut across different eras. Without it, older tracks from the 60s, 70s and 80s will be much quieter than more recent tracks leaving you constantly reaching for the volume control. Unfortunately that only seems to work with the app and not when streaming on other devices.

Spotify also offers an API and – naturally – there’s a Home Assistant component that can take advantage of it.

I was doing some searching for reviews to try and decide whether to give it a go when I stumbled across an article showing that all streaming services are not created equal when it comes to battery drain. It was written in 2015, though, and things change – apps improve, and the test included Pandora but not Amazon Music.

I decided to do my own test, pitting Amazon Music against Google Play and Spotify.

I chose to do it as a real world test. I used each app for 90 minutes, streaming music over 4G for the first hour and then Wifi for the last half hour. In each case I chose a playlist that didn’t include any songs I’d played before, to eliminate caching as a factor. The results were just as significant as the earlier – and more rigorous – study:

Google Play music was the most efficient, using about half the power of Amazon Music, with Spotify in the middle but closer to Amazon than Google.

What could explain such a vast difference? Surely they’re all doing much the same thing?

Play Music is the outlier. I wondered if it was hiding battery use elsewhere – since it could download tracks from Google, perhaps that step was being categorised as Google Play Services rather than associated with the app?

To rule that out I did another test with offline music I’d already downloaded. Since that’s a feature of Spotify Premium, I only tested Amazon and Google. I ran the second test for half an hour on each app:

The difference was about the same – Amazon Music used about twice as much battery as Google Play Music.

It’s also worth noting that offline playback was no more battery efficient than streaming, which seems counter intuitive.

I suspect that both Spotify and Amazon Prime Music are written using some kind of cross platform framework to support their Android, iOS and desktop builds from a single codebase, while Google Play Music is heavily optimised for Android. The difference is still surprising.

It’s still possible that Google Play Music is making use of APIs that show up under other categories, but the original article took the more comprehensive approach of looking at overall battery drain and my findings suggest that the efficiency gap is still there.

Is that a reason to use Google Play Music? Probably not, if it means taking out an extra subscription. The battery test was an interesting exercise but in the end if you’re an Alexa user the choice comes down to Amazon Music or Spotify.

There are other factors, of course, and for me Spotify just didn’t hit the spot. The Android app is clearly a straight port from iOS, with little thought to the standards and look and feel that are expected on Android. Google Play Music is obviously the best in that regard – Google’s apps are virtually reference designs for their preferred Material Design look – but since it doesn’t work with Alexa it’s a non-starter.

That leaves me back where I started – Amazon Music is still the best choice for Alexa users with Android devices.