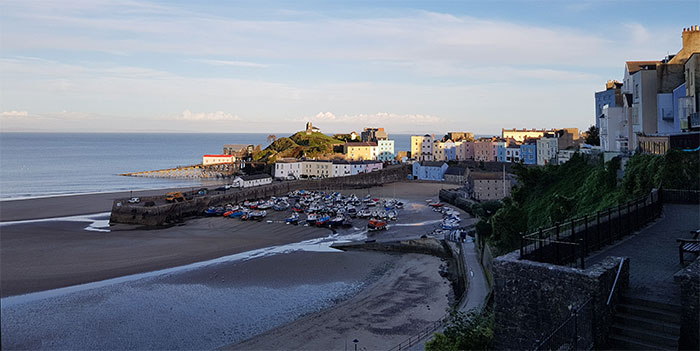 Last week I took a couple of days off to have a long weekend away with a friend of mine. I took a camera, photography being another occasional hobby of mine. It was a road trip with a focus on sightseeing and enjoying a good meal and a drink in the evenings. I knew we weren’t going to be chasing the golden hour light or spending hours, camera on tripod, waiting for a break in the clouds, so I didn’t bother with my DSLR. It’s a very good camera but too heavy to lug around for a casual trip.

Instead I took my Panasonic GX7 – a small and light compact system camera (CSC) that takes a pretty decent picture. 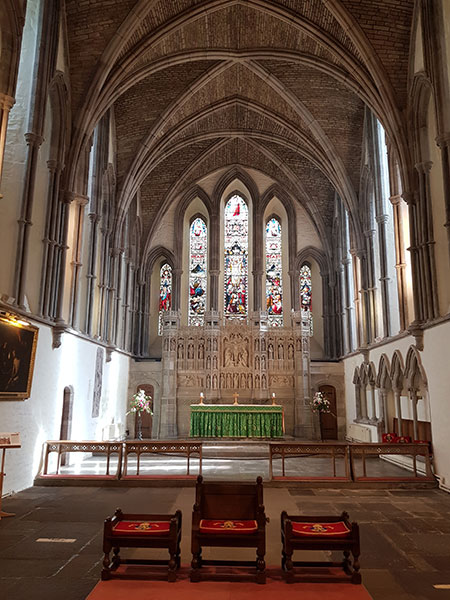 Every photo I took on that trip was taken with my phone – currently a Samsung S8.

As someone who remembers his first 3MP digital camera, I’m absolutely astonished by what a modern phone’s camera is capable of doing. The general rule of thumb is that large sensors are better, especially for low light photography, and the sensors in phones are tiny. Cramming 12MP onto such a tiny sensor should mean grainy images in all but the very best light.

It’s amazing, then, that the S8 manages so well. Low light performance is pretty decent, and that’s coupled with image stabilisation that seems to work better than any camera I’ve used. The pictures I took inside the cathedral in Brecon had a shutter speed of 1/10th of a second. Even though the Samsung’s camera is quite wide angle – an effective focal length of 26mm – it’s a shutter speed at which I’d struggle to avoid camera shake with a normal camera. A phone is also harder to hold steady than an SLR that you’d typically brace against your face.

The HDR function also coped well with the mix of light in the dark interior with bright light coming through the windows. Traditionally this would have needed several shots to get that dynamic range, manually merged in an application like Photoshop.

As soon as I was on Wifi the photos uploaded to my Google account, and when I got home they were waiting for me on my PC via Google Drive. No faffing about with SD cards.

Convenience had won. But at what cost?

The quality is good, but still not up to a good quality compact, let alone a DSLR. JPEG compression leaves details a bit fuzzy, and noise is obvious in low light. You could probably get away with an A4 sized print, at a push, but no more. 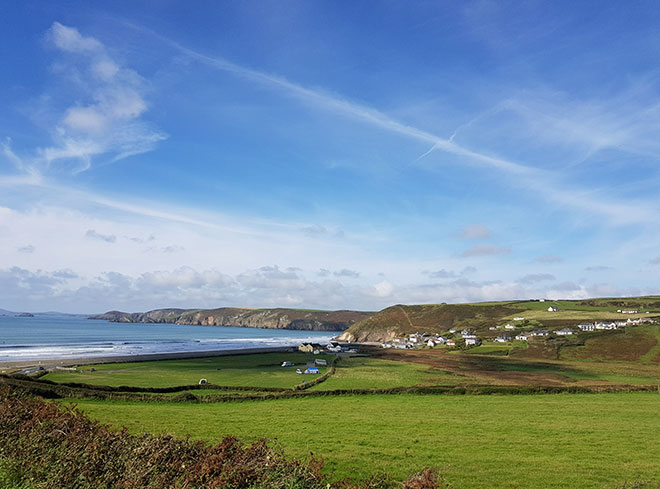 The bigger problem is the lack of a zoom. Sure, there’s a digital “zoom”, but really that just crops the image. It’s handy for getting the crop you want in camera, but you could get the same result from taking the image at full resolution and cropping later. Some of the latest phones are getting around this with two lenses, giving you two different focal lengths to play with, but that’s still no substitute for a zoom lens.

You’d struggle to use a phone to shoot wildlife, sports or even good portraits – the wide angle lens is not the most flattering and it’s impossible to get shallow depth of field without resorting to software tricks (although the dual lens phones do a better job of that one).

There’s a saying, though, that the best camera you have is the one you have with you. And you probably always have your phone with you. Convenience again. I’ve taken photos I’d never have taken with a proper camera because I wouldn’t have had it with me. My phone is always close at hand.

I’m a bit conflicted. I almost feel guilty that I gave in to convenience and didn’t bother with my camera on the trip. Photography has long been a hobby of mine and it feels lazy to give in to the convenience of the phone. 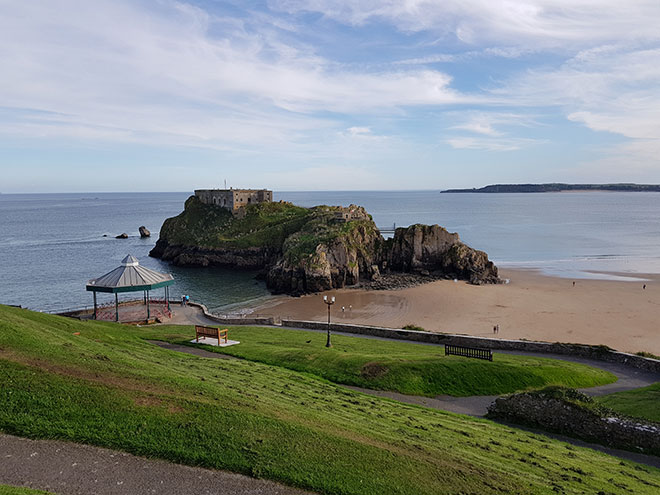 The truth is, though, that the only way to get really good landscape photos is to be in the right place at the right time – the golden hours, with the right weather. It’s hard work and needs specific planning and lots of luck – especially with British weather.

For a casual day out or weekend away, my phone is all I really need to capture a few snaps of the places I visit. It’s a conclusion plenty of other people have already reached. Convenience is almost always going to beat ultimate quality, especially as that quality gap narrows.

Samsung and its ecosystem