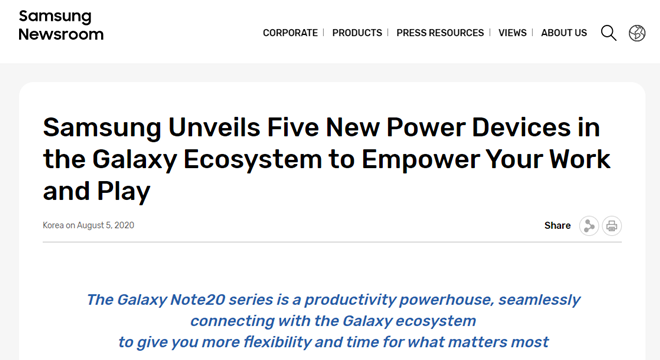 Ecosystems. Everyone has to have one now. There’s the Apple ecosystem, Google has one, as does, to a lesser extent, Microsoft. Now Samsung wants to join the party.

On Wednesday, Samsung held its Galaxy Unpacked event. I watched some of it, and it was… well, at points I was squirming with embarrassment on behalf of the participants. Let’s just say the presentation was fairly cringeworthy, but these things often are. There was still some interesting content.

The content was focused on new devices – new phones and tablets, watch, and earbuds. These were pretty much as you’d expect and not of that much interest to me. I’ve always been a little tempted by the Note phones but I don’t think I’d get enough use out of the stylus to justify either the additional size – and cost – of the Note Ultra, or the compromises in the standard Note.

The new tablets don’t offer much over my tab S6 – with tablets, I’m more than happy to skip generations. In fact, there are some backwards steps. The Tab S7 has an LCD screen rather than the Super AMOLED of the S6 – to get AMOLED, you now have to go for the bigger Tab S7 plus. There are similar compromises with the Note phones – the base model has a plastic back where the Ultra has glass, and the bigger Note has a different camera configuration. I wish manufacturers didn’t do this sort of thing. I prefer slightly smaller devices for ergonomics and pocketability, and don’t see why features should be restricted. Bigger isn’t always better – the largest phones can feel unwieldy.

It’s the same with tablets. Even putting cost to one side, I wouldn’t get the larger 12.4″ tab S7 plus. If I was going to lug a device that large with me, I’d rather take a Surface Pro and get the full power of Windows. In fact, my ideal tablet would be smaller and lighter than the tab S6, while still having current specs. Something I could use when I wanted a bit more screen room than a phone – whether on the sofa or out and about. I’m not yet convinced by the argument that tablets can fully replace laptops, even as secondary devices, so I’d rather have a smaller and lighter tablet than one that tries too hard to be a laptop. Of course such a tablet does exist – it’s the iPad Mini. An iPad mini at the current size but a greater screen to body ratio would be just about perfect.

I digress, but the mention of Apple brings me back to the main point – ecosystems. Apple is the gold standard. If you have an iPhone, iPad, Mac desktop or laptop, Airpods, and an Apple Watch, you get seamless integration and interoperability that just doesn’t exist elsewhere. It comes at a cost – and not just the enormous price tag. Apple’s ecosystem is pretty closed.

Samsung seems to be trying to go down the same path. It’s promoting the Galaxy series of products as an ecosystem, but with one major difference to Apple. Samsung finally seems to be recognising that it can’t do everything, especially when it comes to software and services. It’s working with partners, including Microsoft, to plug the gaps. At the unpacked event, Samsung announced some features that will integrate its products with Microsoft software, and the new approach interested me more than the hardware on display.

Several integrations were announced. Firstly, Samsung’s Notes app will get the ability to synchronise with OneNote. This really has value on devices with an S-Pen, such as the Note phones and Tab series tablets. On any other device, you might as well just use the OneNote app in the first place. The Samsung app has some unique features that take advantage of the stylus. The first is the ability to take notes directly on the lockscreen: 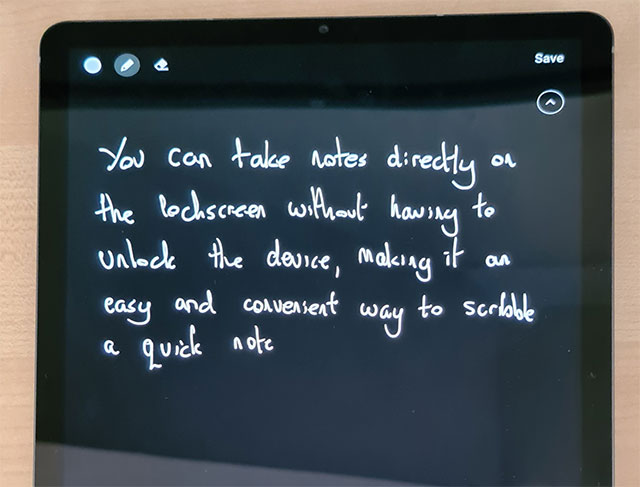 Once you have a note, the Notes app can convert the handwriting to text: 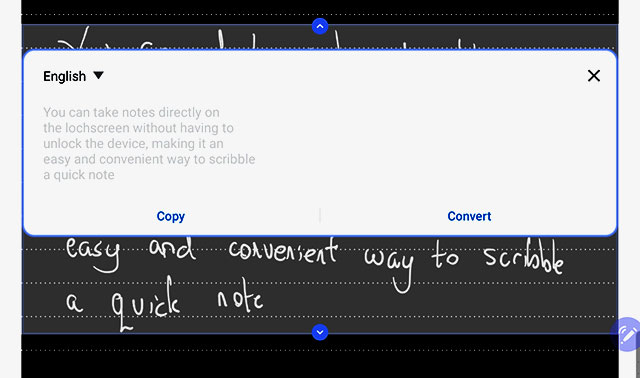 It hasn’t done a bad job with my scrawl, and only needs minimal tidying up to be useful.

I’d rather Samsung just gave users the option to use a different notes app from the lockscreen, and then notes could sync directly into the app of your choice. I don’t think this feature would be enough to get me to switch from Evernote, for example. It could offer the option of syncing from Samsung Notes to apps such as Evernote, but it seems unlikely that will happen. Although Samsung can’t create an entire ecosystem on its own, it’s only going to open up to integrations with specific partners.

This is also a factor with the second integration. Samsung Reminders will sync with Microsoft To Do. Only Microsoft To Do – not TodoIst, Any.do, Google Tasks or any of the other myriad of task management apps. The case for this integration is even more limited – why not just use To Do and bypass Reminders? Other than the watch app and integration with Bixby, there doesn’t seem to be much reason to use Samsung Reminders. Again, Samsung could have made it seamless by working with Microsoft to create a watch app for To Do and integrating To Do directly with Bixby.

In fact, why not go the whole hog? Samsung is notorious for loading phones with its own software that replicate the Google software that – as part of the Android agreement – has to ship with the phone. You get Samsung’s email client, browser, gallery app and so on. Samsung could save some development effort by replacing its own software with Microsoft equivalents. In fact it started to do that with the Note 10, shipping it with Outlook instead of its own email app. The gallery app now prompts you to use OneDrive to backup and sync photos rather than Samsung Cloud. Microsoft even makes a pretty good Android launcher that could be an option for the future. Perhaps that is Samsung’s direction?

There are rumours that Samsung is considering dropping Bixby in favour of Google Assistant, which might imply that it’s going to get closer to Google. If that was the case, it might as well go all in – drop its own apps in favour of Gmail, Chrome, Google Photos, and Google’s to do app.

Samsung seems to be hedging its bets. It’s doing that in other areas as well. It has a partnership with Spotify, offering unique features on the Galaxy Watch and Buds that aren’t available with other music streaming services. Despite that, its offering four months of Youtube Premium with Note 20 purchases. That might be part of the deal with Google, but it sends a mixed message both to users and to Spotify as a partner.

I still think Samsung makes the best phone and smartwatch hardware, the Buds are a great option for wireless earphones, and its the only serious player in the Android tablet space. Partnering with Microsoft or Google makes sense and could create an ecosystem that rivals the seamless convenience that Apple offers.

I’d rather it didn’t pick a side. I’d rather it concentrated on making great hardware that works with any service – not just Microsoft or Google, but also smaller players like Evernote and TodoIst. That’s unlikely, though. The reality is that these partnerships are primarily commercial. Microsoft is willing to work on closer integration with Samsung’s devices in return for getting exclusivity for its apps, and Samsung wants that exclusivity to help to differentiate its products.

Even so, it’s good to see a third option. The restrictive world of Apple doesn’t suit me, and the Google ecosystem is let down by relatively poor hardware and Google’s tendency to drop services on a whim. Samsung and Microsoft working together could be a strong combination if they get it right. It’s not there yet, but they’re taking a step in the right direction.