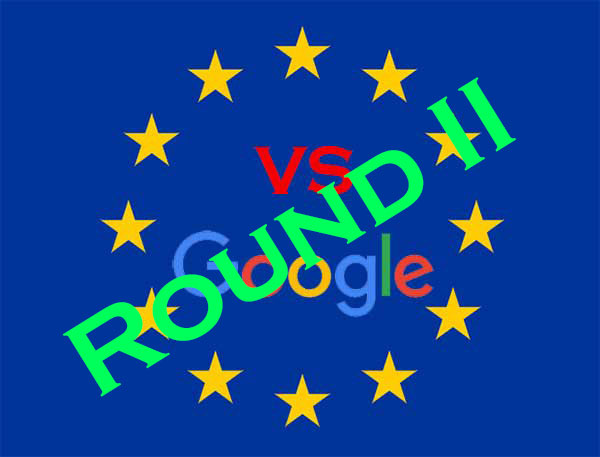 A few months ago, I wrote that Google being fined by the EU might not be in the best interests of the public. It would depend on Google’s response. Well, Google has responded.

Google’s plan is to licence its services to third parties. It will no longer mandate that those services are compulsory and will charge manufacturers a fee to include them on devices. Affected services include the Google Play Store and YouTube.

What are the likely outcomes?

In the short term, phone manufacturers will almost certainly pay the fee and pass that cost on to the consumer.

In the long term it could lead to fragmentation. I think Samsung’s response will be key. Samsung is still the largest maker of Android phones. Huawei is catching up fast – it’s bigger in China but is starting to get a foothold in Europe. For most users outside of China, Android means Samsung.

I think Samsung’s first move will be to stop preinstalling some of Google’s apps. Samsung already has an email client, for example, but is forced to preinstall Gmail as part of their licence agreement. Removing that restriction is an opportunity for Samsung to further push its own apps.

That would lead to fragmentation and is, I think, the biggest danger to the consumer. China shows what can happen when there is no standard app store – users are forced to use multiple stores to get the apps they want. Phones will be bogged down with multiple stores checking for app updates and – more importantly – it would increase the danger from malware. Who’s to say all of those stores are trustworthy or equally stringent at vetting apps?

That fragmentation could also hurt consumers who have already paid for apps in the Google Play Store. I have a number of apps that I’ve bought, and if I moved to a phone that didn’t have the Play Store I’d lose that investment.

Take push notifications as an example. Either the manufacturers would have to implement their own compatible push infrastructure or developers would have to find an alternative. How many phone makers have the scale to develop and run that kind of infrastructure? Probably only Samsung and Huawei. Leaving it to app developers would be even worse. Imagine the impact on battery life if every app maintained connections to separate cloud infrastructure to receive push notifications.

Using Google’s infrastructure is not only more efficient, it also gives smaller developers the ability to include features that would otherwise only be available to the biggest players. The absence of Google Play Services would not only would hurt the consumer, it would also hurt smaller app developers.

Are there any upsides? I suppose it could be an opportunity for Microsoft to get back into the phone market. It has experience of running an app store and the scale to run the necessary backend services. Samsung and Huawei may also benefit, as they have some of the infrastructure in place.

Ultimately, though, the biggest winner could be Apple If Android becomes a fragmented mess of different app stores and incompatible handsets that can only run a subset of apps. Users could easily be driven to the safety and simplicity of iOS.

When you really analyse the potential ramifications, the best case scenario seems to be for the phone manufacturers to simply pay to preinstall the Google services. Nothing changes except the inevitable price increases.