When I got the S10+, I decided to go all in on Samsung software for a while. First up for analysis is contactless payment using Samsung Pay.

I’ve been using Google Pay since it’s been available. I find it much more convenient than even a contactless credit card. It’s quicker than getting my wallet out and extracting the right card, as my phone’s usually in a more convenient pocket.

With Google Pay you can make payments up to the contactless limit just by turning the screen on. There’s no need to unlock the phone. That may sound like a security issue, but in reality it’s no different to using a contactless credit card – all that’s needed is physical access to the card. 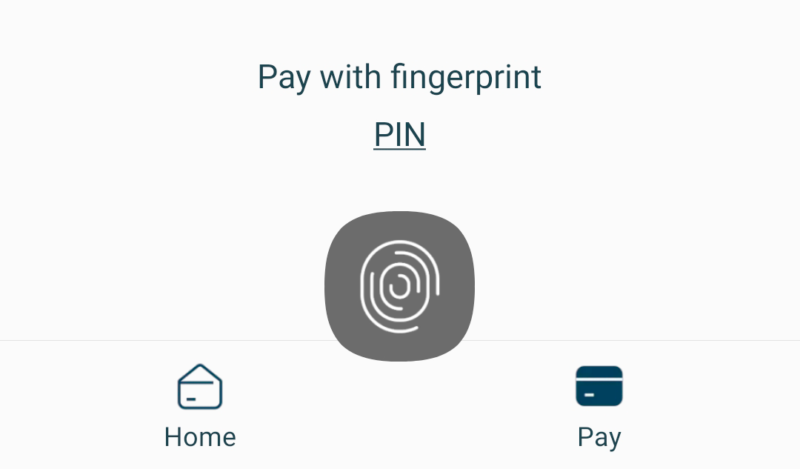 Samsung Pay is different. Although the phone itself doesn’t need to be unlocked, you still need to authenticate with PIN or fingerprint. You can access the Pay app directly from the lock screen without fully unlocking the phone, but you then need to authenticate, after which you have thirty seconds to pay.

The watch is different again. To use Samsung Pay on a Galaxy watch, you have to set a PIN on the watch itself. You only need to enter the PIN periodically rather than for every transaction. You then press buttons to start the payment countdown timer.

Samsung Pay on the phone:

Samsung Pay on the watch: 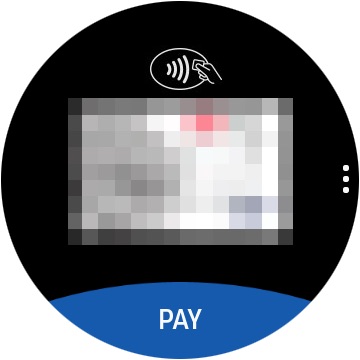 The watch is actually the most awkward to use in practice. It’s a bit slow to launch the Pay application, but if you start launching it before the retailer’s terminal is ready you risk hitting the 30 second timeout and having to start again. If you wait until it’s ready to accept payment, and then start fiddling with your watch, you’re holding up the queue…

You also need to get the watch closer to the NFC reader on the terminal than you would a phone, presumably because it’s less powerful and has a lower range than the phone’s NFC chip. That can lead to some awkward contortions – payment terminals are placed to be convenient for someone holding a card in their hand, not someone using a watch on their wrist.

Samsung Pay on the phone is better in that respect, but requires the most steps. Authentication is an issue on the S10+, as I’m still finding the under screen fingerprint sensor to be finicky and slow to use. I’d be much happier using Samsung Pay if the S10+ could be unlocked as quickly and reliably as my previous Samsung phones.

The other issue is that launching Samsung Pay from the lock screen leaves the app open and it’s open in the foreground next time you unlock the phone. Google Pay stays out of the way – you just never see it unless you explicitly open the app.

The lock screen launcher for Samsung Pay is also a little too easy to trigger, and I found myself in the Pay app accidentally far too often. Turning off the quick launchers solves the problem but at the cost of making it much slower to use, since you’d have to unlock the phone and launch the app.

In short, I find Google Pay quicker and easier than using a physical card while Samsung Pay is slower and less convenient. That makes this round a clear win for Google… with one major caveat.

In the UK, the limit for contactless payment is £30. Since setting up Google Pay on my new phone, I’ve found that it’s been flawless for payment up to around £20, but anything over that is rejected. My credit card provider told me they’ve heard similar things from other users, and it seems to be an issue at Google’s end. I’m hoping that it’s a temporary problem.