I recently upgraded my PC to Windows 11.

Most of the changes are to the user interface, and I think it looks good. Sadly, though, it’s mainly form over function.

Take the taskbar. By default, icons for running programs are now centered. The windows icon that brings up the start menu is on the left hand side of the centered list. As soon as you open another application, the list expands and remains centered. The net result is that the Windows icon moves – gradually moving further left as you open more applications.

I can see the possible advantages – on large screens, especially ultrawide screens, you don’t have to move the mouse so far to hit the icons. The problem comes when you want to click the Windows icon. It moves, so you have to think about it. In its old Windows 10 position, it was always at the far bottom left of the screen, and muscle memory took care of finding it.

Luckily that default can be changed, and the application icons can be returned to their original position to the left of the taskbar.

While on the subject of the taskbar, a right click now only offers a single option – the settings for the taskbar itself:

Windows 10 had a comprehensive menu, including, most importantly, Task Manager: 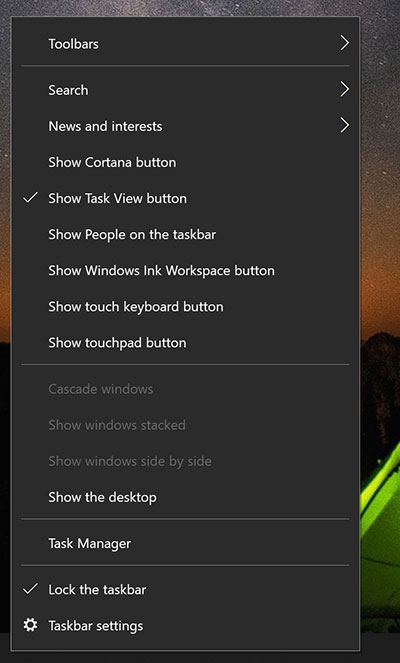 Again, not a major problem – I could just add Task Manager to the start menu shortcuts…

Except I don’t really like the new start menu. In Windows 10, you could organise a large number of applications into groups of tiles. I organised them by category, using the medium sized tiles for my most frequently used applications and small tiles for the rest: 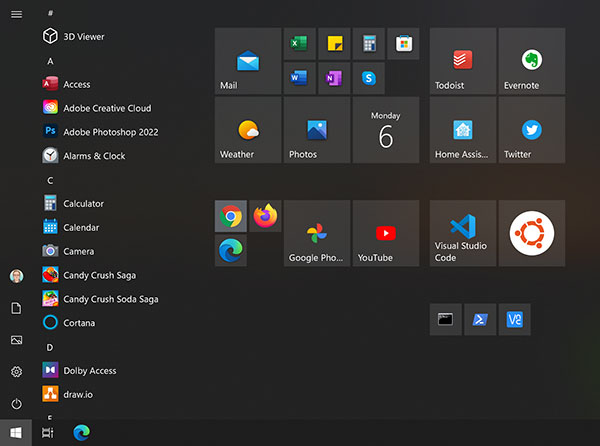 In Windows 11, you can pin three rows of six icons to the top of the start menu. If you pin more than that, the list of pinned apps becomes a scrollable list rather than expanding, regardless of how much space you have on your screen: 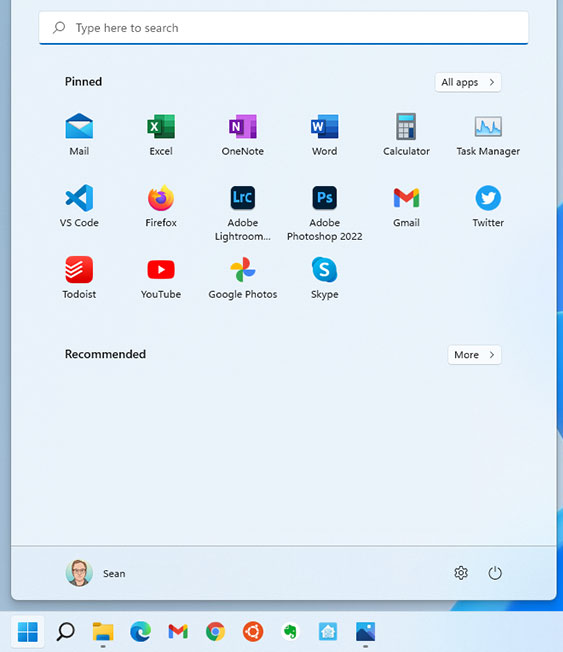 To me, those changes feel like simplifying for the sake of it, and that’s a pattern repeated throughout the interface.

Cut, copy, and paste in that context menu are also now icons instead of text links, which takes a bit of getting used to:

There are some new features, but nothing I’d use. A widgets screen can be set to pop out from the left, but that seems to negate the point of widgets. I’d rather have widgets on the desktop, where I can see them at a glance as I switch between applications. Having to open a separate screen makes it an additional step that I’m unlikely to take. Even if I did set up the widgets to my taste, I’d just forget they were there and not use them.

The widgets are pretty limited anyway, and there’s no way to switch off the news widget, so I just removed the icon.

There are also some features that apparently makes it easier to switch between using a laptop with just the screen and with connected monitors, by remembering the layout of your applications on each display. Since I use Windows on a desktop, that’s not a lot of use to me.

Finally there’s the Android app support, which was announced but isn’t live. When it’s available, it will use the Amazon app store rather than Google Play, and be linked to your Amazon account. Not ideal – I have purchases and subscriptions through the Google Play store that I wouldn’t be able to use. I can’t really think of any that I’d want to use anyway. Most Android apps are thin wrappers around web content, and their value on a phone is in providing a good touch interface. Android app support might be more useful on a Windows tablet, but seems pointless on a desktop.

The bottom line, for me, is that Windows 11 is mostly a cosmetic change over Windows 10 and little else. I wouldn’t call it a cosmetic upgrade – it’s just a change, and not always for the better. It might make Windows slightly more user friendly for beginners, but at the expense of making it slower to use for advanced users.

I can see why they’re doing it. I think Microsoft is trying to emulate the interfaces of MacOS and ChromeOS, but without the advantages of each. Apple’s interface is still slicker and benefits from the tight integration of the Apple ecosystem. ChromeOS is less powerful but still far simpler.

As long as the more advanced options don’t disappear, it doesn’t matter all that much. This is the problem that all operating system vendors face – the OS itself isn’t important. It’s just a way to launch and manage applications. Unfortunately, for me at least, Windows 11 is just slightly worse at that than Windows 10.