Last time I looked at getting started in general terms and today I’ll take a look at some specific smart home products.

I’m not a reviewer so I don’t get to play with all of the alternatives. I can only talk about what went into my decisions, and it doesn’t mean there’s anything wrong with the other options.

I’ve already covered thermostats in some detail in my roundup and two part review of my choice, Netatmo. In short I picked it because it was simple to install and seemed to get the balance right between smart features and manual control.

For lighting I think Philips Hue still has the edge unless you’ve already opted for a Hive thermostat. The Hive range of lights is worth considering although they have no equivalent of the Hue dimmer switch.

A much newer entrant into the market is Ikea with their TRÅDFRI range. These seem to offer exceptional value, especially for the packs that include dimmer controls with the bulbs. The main downside of them is that the bulbs aren’t available in the standard B22 bayonet fitting, so you’ll probably need to buy adapters or change your light fittings.

Hue currently has the widest range of bulbs and accessories, and while it has some limitations it does play nicely with other systems. The cloud service side is also optional and only required if you want control over your lights when you’re not home and aren’t using another controller, such as SmartThings or Home Assistant.

Sensors will depend on the hub that you get. If your hub supports Z-Wave then any generic sensors should work. I try to avoid devices that use button cell batteries, simply because it’s too easy to break the little tabs that hold the batteries in place when you replace them.

Be warned that the sensors can be temperamental.

My old SmartThings sensors had a habit of dropping out of the Zigbee network and needing a complete reset. Resetting the sensor was a fiddly process that seemed to require at least three hands – two to fit the battery and a third to hold down the reset switch at the same time.

I’ve recently been having trouble persuading the motion component of a Z-Wave multi-sensor to work. Sensors are the weakest link in my setup – fine when they’re working smoothly but endlessly frustrating when they’re not. Don’t avoid them, just be prepared for the occasional glitch.

Sensors and lights are, to me, what put the smart in smart home. It’s all about having lights come on when you get home, when doors open, or even at certain times when you’re out, as a security measure. Everything else is icing on the cake. 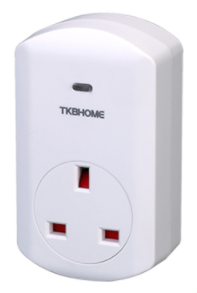 Plug sockets also come into it, especially if some of the lights are lamps. If you have a Z-Wave hub you can use generic plug sockets, such as those made by TKB. Most systems, including Hive and SmartThings, also have their own sockets. Since plug sockets by definition have mains power, they’re not as constrained as battery sensors, so you can also get wifi based sockets, such as those made by TP-Link and Belkin.

I’d only recommend wifi plugs if you don’t have a hub that can control Z-Wave devices. If you do have a hub, adding a Z-Wave plug socket is the better option. One of the benefits of Z-Wave plugs – or any mains powered Z-Wave devices – is that they act as a repeaters for the Z-Wave network, boosting the signal for devices further from the main hub.

If you choose to use Home Assistant you have another alternative – cheap 433MHz plugs coupled with a 433MHz transceiver. They lack some control – you can turn them on or off but not see their current state. That’s not a major problem. For almost all automations the socket will be a target of an action – i.e. you turn it on or off in response to an event. 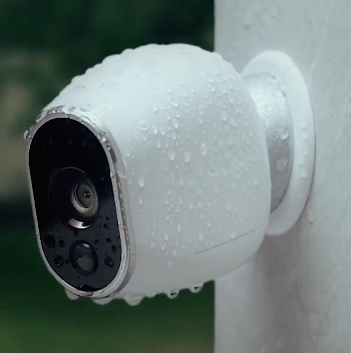 Cameras often fall under the category of smart home technology because of the many new options that fit in to the various ecosystems – Nest, Hive and Samsung all have cameras that work with their respective systems. Then there are systems like Canary, Ring and Netgear’s Arlo that are purely focussed on security.

Finally there are any number of generic IP based cameras, and there I’d suggest sticking with mainstream brands such as Hikvision and Dahua. Many of the cheaper options are often just rebadged knockoffs of those two, and probably not built to the same standards.

I currently have one Hikvision IP camera and three Arlo cameras that came as a pack. The IP camera is recording continuously and I’ve written about my reasons for choosing 24×7 recording in my review of the Surveillance Station that I use.

The Arlo cameras can only record on motion as they’re battery operated. Having had them a year now I’d say I’m reasonably pleased. False positives have been minimal as they use passive infrared motion detection. The main issue is lag – it seems to take a second or two for recordings to start once motion is detected. That can mean missing the action – I tried one in my garden to watch for wildlife and now have a small collection of clips of foxes just as they walk out of the frame…

The Arlos are an easy way to set cameras up outside but if you’re serious about security cameras you really need to run power to the camera. If you’re getting a generic IP based cameras I’d strongly recommend that you avoid opening them up to the internet to use their own software for remote access – finding the right firmware to keep them up to date can be difficult and they’re not usually designed with security in mind. Better to run them through something like Surveillance Station which gets regular updates.

Whichever camera you choose it’s only likely to be the target of home automation actions rather than a source of events. For example I automatically disarm my Arlo cameras to disable motion detection when I’m home and only arm them when I’m out.

Although it seems logical to base automations on camera events, I’m reluctant to trigger actions based on the motion events of the cameras as there are too many false positives. There’s no point in getting alerts or otherwise responding to events if they cease to mean anything due to the sheer volume of them.

Some of the latest cameras, such as those made by Nest, promise image recognition technology to eliminate those false alarms by recognising people, but those features come with subscription fees and the need to stream 24×7 to their cloud service. Quite aside from the cost there’s the bandwidth and data use to take into consideration, although you do get the benefit of offsite storage. I’m curious to see how well they work but they’re not a cheap option.

That pretty much covers the extent of my forays into setting up a smart home and where my recommendations have to end. For now…

There are a world of other devices. You can add to your sensors with smoke detectors, moisture detectors and carbon monoxide detectors. Some plug sockets can also monitor consumption as well as simply switch on and off. Then there are smart vacuum cleaners, lawn mowers and appliances from kettles to fridges… once you start you might find it hard to stop…