After nearly a year and a half of SmartThings being my home automation platform of choice, I’ve decided it’s time to move on. I’m gradually retiring my SmartThings devices and moving over to HomeAssistant as the main hub for my smart home.

A few months ago I noticed that one of my door automations wasn’t working. It was supposed to turn a light on when the door opened. Going into the SmartThings app, I discovered that the door sensor had stopped working. Checking further, two of the other battery operated sensors – another door sensor and a motion sensor – had also stopped responding. 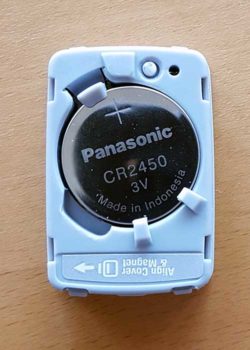 Since the kit was a year old at that point, my first guess was that the batteries had died. I would’ve expected a warning, but nevertheless I tried fresh batteries. Changing them is a pain. Button cell batteries are held in place by plastic tabs that need a certain amount of force to open but not too much or they break. The door sensors were also stuck in place and I didn’t particularly want to prise them off and replace the sticky pads just to replace the batteries, making it an even more fiddly operation.

Replacing the batteries didn’t work, so I wondered if perhaps the devices had been dead for long enough that they’d been forgotten by the hub. I then tried pairing them with the hub again. This involves removing the batteries and replacing them while pressing a button, a process that isn’t easy with just the standard issue two hands.

It took several attempts but eventually the hub picked up the devices again, although putting the cover back on the motion sensor seemed to pop the battery out of its slot, so it only worked with the cover loosely attached.

Still, all just about manageable if it was a rare occurrence. Unfortunately it happened again. I’d had a notification that the hub was offline and when it came back online the sensors had disappeared. I don’t know why it went offline, as I wasn’t having internet connectivity issues at the time.

That’s when I decided it was time to switch.

I’d already added one ZWave door sensor, managed through HomeAssistant, so I decided to replace the other SmartThings ones. The new sensors use CR123A batteries – the lithium batteries that look like stubby and slightly shorter AAs – that will be a lot less fiddly to replace.

That left a couple of things. I had three Wemo bulbs being managed directly via SmartThings. I’d already added a Philips Hue hub to my setup, so that was an easy decision – just buy a couple of extra Hue bulbs and retire the Wemos. In fact, I opted to go back to a normal bulb for one of the lights – I was finding that I didn’t really need it automated so there was no need for the expense of a smart bulb. Sometimes it takes living with some home automation to discover that there are some things you don’t really need automated…

Finally there was the presence sensor key fob. Despite being battery operated this was still working and proving useful, but it seemed like overkill to keep the entire SmartThings setup for a single device. 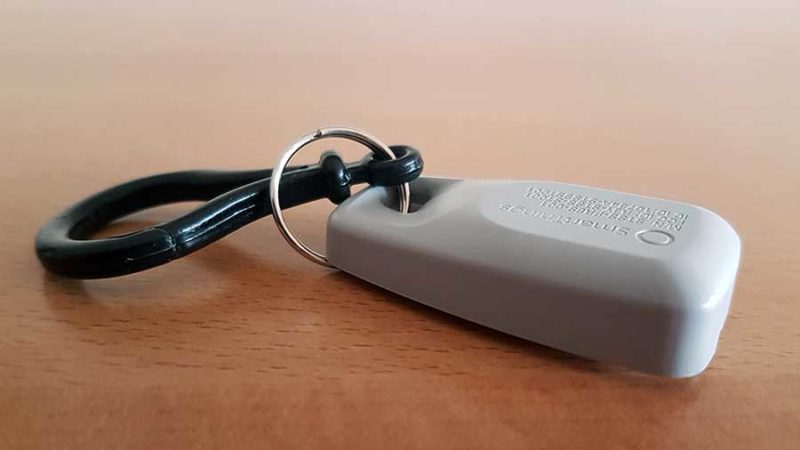 The presence sensor, as the name suggests, simply records whether it’s present or not. This can then be used by automations – for example, turning lights on after dark when I’m out as a security measure, or ensuring I get an alert if doors open when I’m not home.

I’m struggling to find a replacement method that works as well. It has to be responsive – there’s no point in having an alert if the front door opens when I’m away if it doesn’t register my presence before I get to the door. I don’t want an alert every time I get home just because the presence detection hasn’t picked up my arrival before I’ve opened the door.

I’m experimenting with different options using my phone, but so far they all fail for either responsiveness, reliability or impact on my phone’s battery life. Often all three. More research is definitely needed.

Although hardware issues were the final nail in the SmartThings coffin for me, it’s still possible I’ll face similar problems in the future with ZWave and HomeAssistant. That wasn’t the only reason for changing. HomeAssistant gives me control. It runs on my home server and doesn’t rely on external cloud services. The Hue hub is the perfect companion – I haven’t even set up a Philips account to work with it, as I can use the apps locally and HomeAssistant for remote access.

Automations with HomeAssistant are also much more flexible. As well as simple YAML automations, I can write Python code to integrate with it in a way that’s much easier than the SmartThings cloud based Groovy approach.

I don’t regret buying into SmartThings. It was a good introduction, and it’s an relatively open system. HomeAssistant is the next step. It’s not for everyone – you need a certain level of technical knowledge and a desire to tinker – but if you want complete control over your smart home it’s well worth the effort.