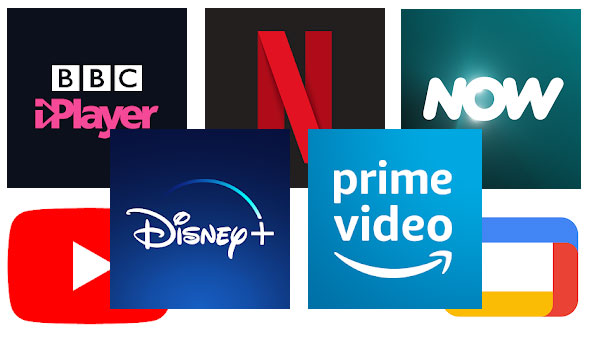 A few years ago I ranted about streaming TV. Is it better now?

The short answer is no. If anything it’s even worse.

For a start there are now more streaming services, and the costs start to add up. I currently have Netflix, Amazon Prime and now Disney+, having given in to the temptation to subscribe for The Mandalorian.  I’ve cancelled my subscription to Now TV, and haven’t bothered with Apple TV. The cost can add up if you’re not careful and it’s all too easy to subscribe for one particular show and not get around to cancelling. I’m sure all of the services bank on a substantial number of dormant subscribers who rarely actually watch anything. It’s the couch potato equivalent of  paying for membership of a gym and never going.

Surely though, now that streaming is so ubiquitous, the technical incompatibilities have been ironed out?

Again no. Again, if anything it’s even worse.

The problem is often 4K HDR. To get the best out of my new TV, I wanted to make the most of 4K content where it was available. It’s not so much the higher resolution that’s important – I sit far enough from my TV that I see little benefit from jumping from HD to 4K. What really improves the picture is HDR – high dynamic range.

Unfortunately that’s where you get the problem – just because a streaming device supports a service it doesn’t necessarily follow that it supports it in 4K. For example, on my Android TV I can get the Disney+ app but it doesn’t support 4K. The Disney+ app on a Fire TV device does stream in 4K, and looks much better for it.

The situation with BBC iPlayer 4K content is even more convoluted. It’s not supported at all on Fire TV, so you can only stream in HD. On the Android TV, it detects 4K HDR content and attempts to play it. The TV detects an HDR signal, shows the HDR notification, and completely botches it, rendering shadows as a dark blocky mess. To make matters worse, it’s impossible to check or change the picture settings while using the app. In every other app that I’ve used on the TV, I can go into the TV’s menu to adjust picture settings and make sure that it’s on the right profile for the content. When I try to do the same using iPlayer it exits the iPlayer app. There isn’t even a setting in the iPlayer app to force it to revert to normal HD.

It was so bad that His Dark Material was, quite literally, dark. Too dark to watch.  The iPlayer app on Fire TV doesn’t support 4K, but at least the content is watchable.

I also tried a Chromecast with Google TV. That was a complete failure. It didn’t offer 4K for iPlayer and kept dropping frames every few seconds. I’d already unplugged it before I subscribed to Disney+, so I can’t comment on whether it supports Disney+ in 4K.

So I now have to remember to use the Fire TV if I want to watch Disney+ or avoid 4K content on iPlayer. Could I just use the Fire TV for everything? Oh, if only it was that simple.

I have some content tied up in Google Play Movies, and that’s not available on the Fire TV. It does, apparently, allow you to watch that content through the Youtube app, but the quality isn’t as good.

Maybe I should have learnt from my previous blog post and just upgraded to a 4K Roku device. Maybe the situation is better if you own an LG TV with its WebOS apps, or a Samsung with its Tizen apps.

It doesn’t matter though. It really shouldn’t be that difficult.