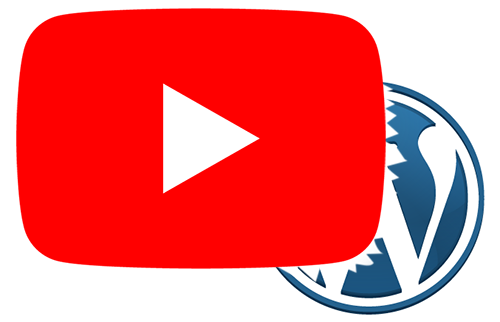 With apologies to Buggles…

Is Youtube killing off the traditional blog? According to Betteridge’s law of headlines the answer is probably no, but I do think video is gradually replacing the written word on the web. Blogs are being replaced by vlogs and if someone has something they want to share with the internet they’ll increasingly turn a camera on themselves and just talk.

Compared to a written blog it’s easier to do… and harder to do well. Setting up a blog, picking a theme and then writing and editing the posts is quite time consuming. I take a light touch to editing – and it probably shows – but I can still spend a couple of hours writing a post, collating screenshots and attempting to proof read it.

In contrast you can put together a video post by pointing your phone at yourself, talking for five or ten minutes and uploading the result to YouTube… if you don’t care about the quality. Doing it properly means investing in decent camera gear and lighting and spending hours learning to use video editing software to create a reasonably polished result.

Overall then, a written blog is easier to do to a reasonable quality level. The trouble is, do people still read them or are they only interested in video?

Sometimes video makes sense. How-to guides can benefit, especially for things like DIY where seeing it done is important. It’s less useful for the sort of how-to guides that I write as there are often code snippets that you might want to copy and paste – or at least wouldn’t want to have to pause the video to see properly. I’ve seen YouTubers get around that with links to the code but I think in those cases the video itself is often of marginal benefit.

Reviews are another good example where video can be useful – seeing the product in a video tells you so much more than a written review can. Reviewers can command a huge following – YouTubers such as Unbox Therapy and MKBHD have millions of subscribers.

One of the reasons that video – and YouTube specifically – is so popular with content creators is that there’s money in it. Virtually anyone creating suitable content can monetise their videos and earn a slice of the ad revenue. Those tiny slices add up – many of the top tech YouTubers started out making amateur videos in a spare room and have ended up being able to run a studio with employees to assist them. YouTube also have a number of “spaces” around the world where YouTubers can make videos using high end equipment in professional studios.

The results are impressive and often as good as anything you’d see on mainstream TV. UK YouTuber Tom Scott posts regular short videos on a wide range of topics that could easily form segments of a magazine style TV show. His Citation Needed videos are basically a panel show that wouldn’t look out of place alongside QI.

The YouTubers themselves are at the whim of YouTube’s policies and algorithms. All it takes is for YouTube to decide to demonetize their video or channel and they’re basically out of business (I’m using a “z” instead of the British “s” in demonetize because it’s just such an American term). When that demonetization is controlled by an algorithm it makes YouTube a risky proposition if you’re trying to make a living from it.

With no realistic competition there’s nowhere for the content creators to go if they don’t like YouTube’s policies.

The near monopoly of YouTube also allows Google to engage in practices that could be seen as anticompetitive. They pulled YouTube from the Amazon Echo Show devices, then allowed it again, and then blocked it again. They may even be attempting to block workarounds. To be fair it may be in response to Amazon refusing to sell Google products, abusing their near monopoly in online shopping, but we’re the ones who suffer.

If there were viable alternatives, YouTube wouldn’t be able to do that as it would hand an advantage to competitors whose videos were available on Amazon devices.

Aside from the monopoly issues, It also feels like there’s been a major increase in the number of ads on YouTube. Instead of one ad that you can skip after a few seconds there are now several ads before and even during the main content. An increasing number of them can’t be skipped. Given that most videos on YouTube are short – between five and ten minutes – the ratio of ad to content is getting out of hand.

I’ve watched ten minute videos that had two ad breaks in addition to the ads before the video. It’s particularly annoying when watching several videos in one sitting because you always seem to get the same few ads every time.

If I have a pet peeve about video in general it’s when it replaces, rather than complements, written content.

It feels like half of the stories that interest me on the BBC website now are in video form. That’s fine when I’m home, but I’ll often pull up the BBC website on my phone when I’m out and have a few minutes to kill. When I’m using my phone I want to read content – I don’t always have headphones handy and I don’t want to use precious mobile data bandwidth watching a video.

Longer articles and blog posts require a greater investment of time and concentration than videos. I’m guilty of starting a video in one window and continuing to browse in another, only realising when the video’s finished that I haven’t really taken it in. You just can’t do that with a written piece – it requires your full attention – and there seems to be less appetite for that.

So maybe short videos on YouTube go hand in hand with short social media posts. Both could be symptoms – or causes – of shorter attention spans…

… In which case congratulations if you’ve managed to get to the end of a rather rambling thousand words on the subject!