I was saddened this week to hear of the death of Sir Clive Sinclair. It was one of his inventions that set me on the path that led to my interest in computers, my career and, eventually, to this blog.

My first computer was a ZX Spectrum, way back in 1984, and my computer time was initially limited to when I could use the family TV:

The 48K –  yes, kilobytes – of RAM in the Spectrum was  not unusual for the time. By way of comparison, that’s about the same size as the image file at the top of this post. The processor was a 3.5Mhz Z80 CPU, almost a thousand times slower than one of the multiple processor cores in my phone. It seems, from a modern perspective, almost inconceivable that a machine as simple as the Spectrum could do anything much of note.

And yet it did. From the myriad of games to introducing a generation to programming, it was groundbreaking, hitting a price point that was accessible to far more people than its competitors. The price at launch was £125 for the 16K model and £175 for the 48K model, compared to £399 for its competitor, the Commodore 64. In today’s money, the 16K Spectrum would cost around £450 with the Commodore costing over £1400.

Despite the price difference, the Commodore 64 was the Spectrum’s main rival in the UK, with the BBC Micro bringing up the rear. The Spectrum was the least sophisticated in every way. The others could boast much better graphics and sound, as well as decent keyboards. It didn’t matter – the Spectrum was good enough, combined with its competitive price point, to dominate the UK market.

So what could such a low powered machine do? If you’re used to modern specs, you’d probably be surprised.

Games were, of course, a mainstay. Graphics may have been incredibly primitive compared to the almost photo realistic games of today, but they proved that gameplay was king. Just about every genre of game was available – from adaptations of popular arcade favourites to text based adventures, with everything in between. Being such a British institution, the Spectrum naturally attracted games with a peculiarly British sensibility and sense of humour. Obvious examples include the platform game Jet Set Willy and text adventure Urban Upstart, in which the objective is to escape the grim town of Scarthorpe. 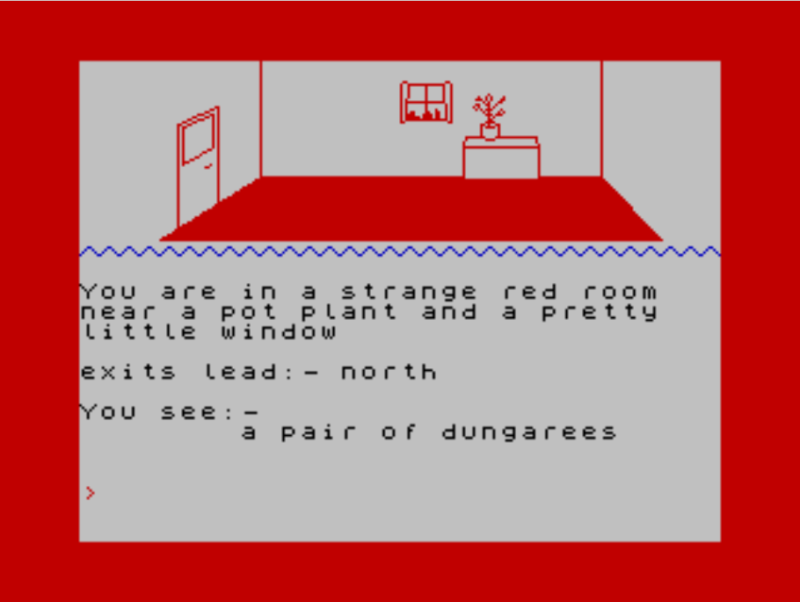 If I recall correctly, it’s important to pick up those dungarees and wear them, in order to avoid arrest as soon as you step outside the house… not something that Bilbo Baggins had to consider in The Hobbit, probably the most popular text adventure. Both games featured graphics to illustrate the text that were painfully slow to draw, building up the image line by line and algorithmically filling in the solid colours.

My other favourites included Gauntlet, a two player cooperative game where each player had to use the keys on one half of the keyboard. As you can imagine, it was rather cramped! I also spent a lot of time playing Football Manager, Splat!, tennis game Match Point, as well as arcade adaptations such as Bomb Jack and Daley Thompson’s Decathlon, a version of the arcade game Track and Field, notorious for the stress that it placed on that rubber membrane keyboard.

Developers gradually got better at pushing the boundaries of what was possible with the hardware. Games such as Knight Lore introduced isometric 3D, and the arcade adaptation of Ping Pong did incredible things with the limited capabilities of the sound.

Games were widely traded in the school playground on compilation tapes. A 90 minute tape could hold at least a dozen games if you were patient enough to fast forward to the right place to load the next game. Developers attempted to counter that piracy with increasingly complex protection such as the Lenslok system. It sometimes felt like they hardly needed to bother – once copied by cheap twin cassette decks, the quality was so degraded that getting games to load was an exercise in frustration. Even with new copies of games, it wasn’t unusual for games to crash after you’d sat through the five minutes or so that it took to load.

It’s a measure of just how much more powerful computers are now that the ZX Spectrum can be entirely emulated in Javascript, and games can be played in a web browser.

But it wasn’t all just games.

I spent hours drawing pictures using The Artist, one of many drawing programs available for the Spectrum. With only 256×192 pixels to play with, and with each 8×8 block only able to show two colours from a total of 8, it was possible to create pictures pixel by pixel. I have screenshots of some of those creations. Screenshots that involved taking photos of the TV. On film.  It was a different time. 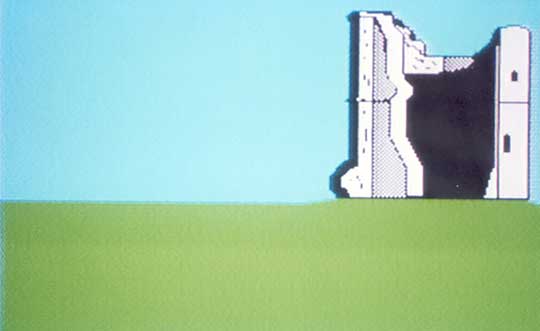 I can’t quite imagine how much time I spent on this map – pixel by pixel, drawing by eye from a reference: 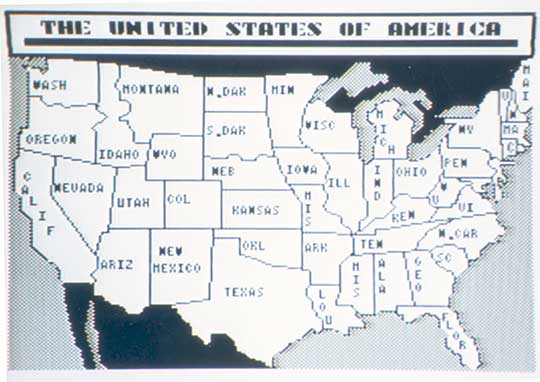 Clearly I didn’t do a great job – I failed to notice that Utah, Colorado, Arizona and New Mexico meet at a single point…

While some of my fledgling attempts at computer art have survived, other creative endeavours, including writing in the Tasword word processor, are long lost, as are my early programming efforts. There’s a lesson to be learnt there – keep moving your content onto current platforms if you don’t want to lose it! I’m not sure I’d even want to read my adolescent writings, but the programming would have a certain nostalgia value.

I do remember some of my coding efforts. There was an attempt to write a text based adventure game which failed when I found that I was better at writing a reusable engine for text based adventures than actually coming up with the story – a pattern that I’ve often repeated since, having a tendency to spend more time building tools to do a job than doing the actual job itself.

I also wrote a little program to draw graphs of equations, to make maths homework easier, and an attempt to recreate Pacman in ZX Basic that ran so slowly that it practically became a turn based strategy game. My only regret is that, despite buying a copy of William Tang’s Spectrum Machine Language for the Absolute Beginner, I never followed through on my plan to learn Z80 assembly language.

Computers weren’t Sir Clive’s only inventions, starting out with calculators and including an early pocket television. His most infamous creation was the Sinclair C5, a battery powered vehicle that was much mocked at the time. In hindsight it was ahead of its time, and perhaps if he’d opted for a more upright design he’d have been credited as the inventor of the electric scooter. Both the C5 and the television were, arguably, examples of ideas that were ahead of the technology available to realise them.

I think the legacy of Sinclair’s computers best lives on in the Raspberry Pi, another British product that has sparked an interest in computing in another generation.

So spare a thought, and give some thanks, for Sir Clive, his inventions, and for a time when computers were simple but just as much fun as they are now.