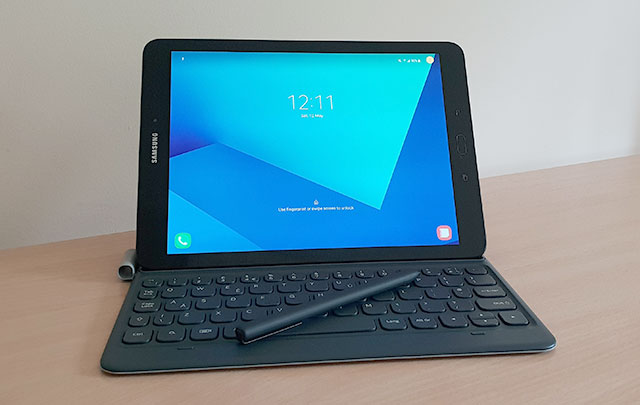 This post was written entirely on an Android tablet. It seems to be a dying market segment, and I think that’s a shame.

Although there are still a large variety on the market, from Samsung’s high end S3 to Amazon’s cheap and cheerful tablets, Google’s decision not to replace the Pixel C was a blow for fans of Android tablets. It sent a signal that the tablet form factor was no longer considered relevant by the makers of Android.

Google obviously thinks that Chromebooks are the answer. The latest Chromebooks can run Android apps, so perhaps the logic is that they render tablets obsolete as a separate format.

That may be true in the future, but we’re not there yet. Android app support on Chrome OS is still a work in progress, to put it kindly. The Android subsystem isn’t fully integrated into the OS, so that it’s not really possible to share data between Android apps and Chrome OS web apps. Some apps just don’t work and Chromebooks lack some of the phone like features that make tablets such useful mobile devices.

For example, I’m not aware of any Chromebooks with fingerprint sensors. Once you’re used to a fingerprint sensor on a phone, going back to a PIN or password feels clunky. There are also no Chromebooks that take SIM cards. While that’s definitely a luxury, it’s a luxury I think is worth having. Tethering takes time to set up and kills your phone battery, and who wants to mess around with slow, potentially insecure, public Wifi hotspots? It’s so much easier to be able to use a tablet like a phone, where data is just always available.

The big difference, though, is size and weight. Chromebooks are basically laptops and laptops don’t come close to the portability of tablets. In fact, I think one mistake Google made with the Pixel C was to make it so heavy, especially with the keyboard attached, that it lost one of the core advantages a tablet should offer over a laptop.

To me, tablets have their own use cases. Laptops are better suited to doing real work while tablets are better for consuming content while still being better for light work than a phone.

Apple is still committed to tablets, with its slightly silly “what’s a computer?” ads, and it’s a shame that Google has more or less ceded that market. It’s true that Android developers haven’t embraced the form factor as comprehensively as their Apple counterparts – too few apps are designed to work well in landscape format and make good use of a larger screen. Maybe that’s a chicken and egg thing – good app support is needed to really make the Android tablet segment grow, but without the proven market it’s hard to get developers on board.

I’m hopeful that with Chrome OS supporting Android apps more will be designed to work well in landscape, which will also benefit tablet users. I also hope that companies like Samsung continue to develop good Android tablets.

If not, much as I prefer Android, I’d probably end up making the switch to iPads…

Google vs. the EU