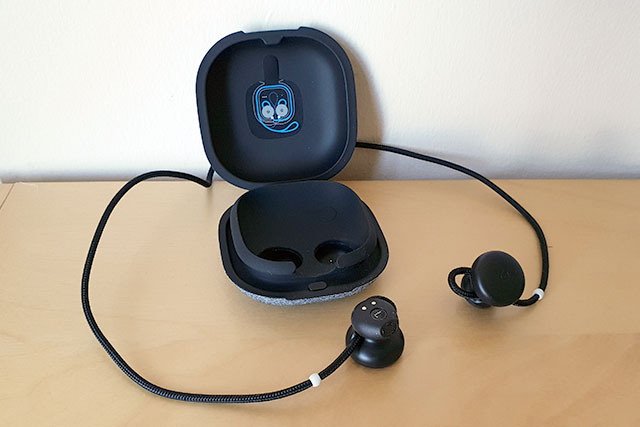 Have I finally lost the plot? In what way could headphones possibly be like camera tripods?

It’s pretty much a truism in the camera world that it’s cheaper to buy a really good, if expensive, tripod than a cheap one. Almost noone believes that and they end up going through the same steps:

They could’ve saved money by skipping the cheap and intermediate tripods and going straight to the third one, but it seems to be a rite of passage for photographers to go through the each stage.

Having recently made the move to Bluetooth earphones, I think much the same applies to them.

It was my brief ownership of the Pixel 2 that prompted me to try Bluetooth earphones. Although it does come with a USB-C to 3.5mm adapter, I thought I’d get into the spirit of the thing and try going wireless. I was quickly sold on it and wish I’d made the change years ago – I love the freedom of being able to put my phone in any pocket without worrying about whether the earphone cable will reach.

The problem was finding the right earphones. I’m no audiophile, and always got by with the cheap earphones included with my phones. I figured a cheap pair of Bluetooth earphones would do.

Unfortunately they pretty much don’t exist. The only option I could find is sold under a number of different brands even though they’re all clearly the same product: 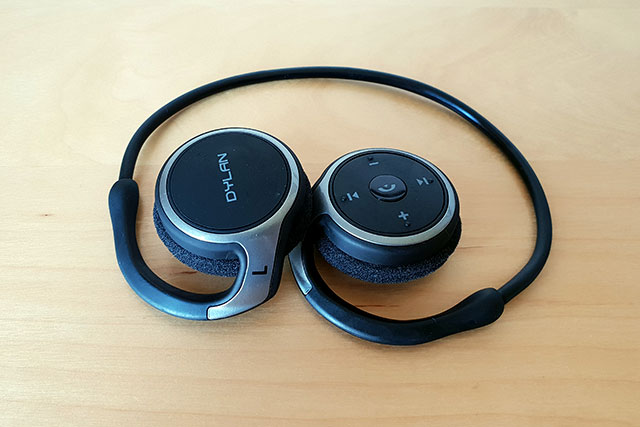 I tried a pair, and to be fair they weren’t terrible, especially considering that they were only around £20. The biggest problem was a constant hiss, noticeable at low volumes and between tracks. I presume it was electrical interference from the proximity of the radio components to the speakers, possibly combined with inadequate shielding.

I moved up, compromising on the ear canal format in the hopes of getting better quality. I actually tried a couple of different pairs in the £50 – £80 range, including one pair that had a neckband design. None were ideal. Most suffered from the same kind of interference as the cheaper pair.

I finally took a chance and picked up a pair of Google Pixel Buds. Obviously in that price range I could have chosen earphones from a number of established audio brands such as Bose and Sennheiser. The Pixel buds appealed for two reasons:

Firstly, they’re an earbud design, sitting in the outer ear rather than the ear canal. Although that means they let in more ambient sound, I find them much more comfortable than ones that go into the ear canal.

Secondly, I was interested in the close integration with Google Assistant and wanted to see how it worked.

They have, admittedly, had some very mixed reviews. Most reviews critcise the fiddly case design, and they have a point. Originally, the only way to turn them off was to put them in the case, and it takes a bit of practice to do that without touching the touch sensitive right earbud. If you don’t turn them off, there’s a risk you’ll accidentally tap them and they’ll be merrily playing music in your pocket when you’re not wearing them.

Obviously Google intend you to put them in the case when you’re not using them, but that shouldn’t be necessary when you only want to take them off for a short period of time. It would even help if the cord was a bit longer, so that they could hang around your neck when not in use without it feeling like they might slip off.

Google are now rolling out a function to switch them off with a triple tap, which will be a big help.

Aside from that, though, they’re a world away from the cheaper ones I tried. Despite not sitting in the ear canal, and therefore not blocking as much ambient sound, I find I don’t need to turn the volume up as much as I did with the cheaper options. They also have a surprising amount of bass and a much richer sound than any earphones I’d used before.

Now, as I say, I’d only previously used cheap earphones, and the Pixel Buds are probably no match for true audiophile earphones. For me, though, they were a revelation – I didn’t realise earbuds could sound like that.

I ended up following exactly the same path with earphones as I, and many photographers, followed with tripods. I could’ve saved some money by spending more upfront. So, odd as it may sound, earphones really are like tripods.